Although Microsoft no longer gets the gushing, media-fawning attention that Google, Facebook and some younger, more ‘hip’ tech companies do, it is still a gigantic, hugely profitable industry giant. Microsoft employs more than 130,000 people and has annual revenue of nearly $100 billion, profit margins of about 20% and their stock is up more than 21% since they named a new CEO in January. And yet, they’re laying off 18,000 people.

I think the leadership at Microsoft sees trouble on the horizon. They’re looking back at the last five years and all the money the Federal reserve has pumped into the economy, much of which has gone not to Main Street, but WallStreet, where it has been lent out to big companies (like Microsoft), who’ve used it to go on a mergers and acquisitions spending spree. Microsoft’s acquisition of Nokia is one such example.

In fact, there has been more than $700 billion dollars of mergers and acquisitions in the United States so far this year. That’s the most since the high-flying days before the 2008 Great Recession, and likely to set an all-time record by year’s end. Insiders will even admit that they’re taking advantage of inflated stock prices and virtually ‘free’ money to buy up weaker competitors.

So what’s the problem?

Microsoft’s massive layoffs, (despite great margins, fantastic sales growth and a soaring stock market), suggest management is worried about the future. They have good cause to worry, because the Fed has already hinted they are going to pulling back on all the money they’ve pumped into the economy since the 2008 crisis. They know the longer the money sits out there, being leveraged over and over again by banks, the greater the risk of another bubble collapsing or inflation getting out of control (although by my standards it already IS out of control! Have you seen meat prices lately?!)

In times of monetary expansion, like the last five years, both companies and individuals take advantage of easy money and put leverage to use. Many of us do this when we buy a home; we borrow money to help us buy an asset we could otherwise not afford. Whatever you put down on the home-in the old days it was 20%-allows you to control a great deal more value with a loan than you otherwise would.

When you do this with a home, it’s okay, because you’re getting all the benefits of owning a home, plus you expect the home to grow in value, and finally, you get the tax benefits. But when companies leverage money, the ONLY payoff they can reasonably expect is a financial one. If your home loses value, as long as you keep paying the mortgage, it doesn’t really matter. But if a company has leveraged its stock and bank account to buy up other companies, and things go badly…well, it gets ugly really quick. Think 1929, but worse, because our economy is so much more highly dependent on this kind of financial activity.

Successful companies (and individuals), should create value, through specialized knowledge, skills or processes, and then leverage those assets instead of looking to make money by leveraging financial assets. Financial assets can be wiped out in a single day or night of chaos, but valuable knowledge, skills and processes remain. If the SHTF tomorrow, your IRA might be gone, but your lifetime of knowledge would remain, right?

I think Microsoft sees a dramatic turn in the economy coming, and they’re preparing for it. They acquired all the skills, patents and processes they wanted by buying Nokia, then they laid off alot of those folks, plus many more Microsoft employees. It’s not simply a case of trimming the redundancies they inherited by buying Nokia. Microsoft’s management-some of the brightest people in the world-know the good times are coming to an end. They’re preparing for it by getting rid of the ‘fat’, which in this case was more than 10% of their staff. Imagine if more than 10% of the people at your job were laid off; it’s significant!

The Fed is expected to begin raising interest rates next year. The era of easy, almost ‘free’ money is over. When rates DO start going up, the economy will slow down. Higher rates mean fewer people refinancing, buying houses and cars, or businesses engaging in mergers and acquisitions. In other words, it’s time we start paying for the ‘good times’ of the last five years. I fear it could be painful.

Invocabo is a direct response marketing agency headquartered in Nashville, TN. We help our partners acquire clients who spend more, stay longer and refer others like themselves through the use of proprietary predictive behavioral modeling and patented IP device targeting advertising technologies. 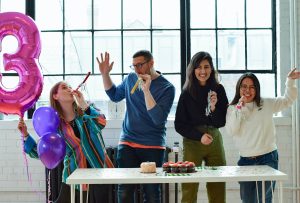 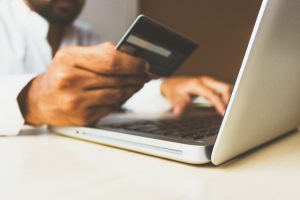 Transform Your Business Now With Proven Strategies and Powerful Technology

Contact us and let us know how we can serve you.